Blueproof is a revolutionary fire suppressant, which not only fights fire but also, for the first time in history, kills toxic smoke and fumes. Blueproof is a device, which fits onto ordinary domestic radiators then, if a fire breaks out, automatically detects the heat and sprays a fine mist of water onto the flames, using water from the radiators. This quickly turns to steam and recent, official full-scale fire tests showed that the steam generated by the device’s activation killed the smoke and fumes (which kill more people than actual fires). This is the first time this has ever been achieved.

Nottingham-born David Atkinson, a scientist and health and safety expert with four decades of experience in the oil and gas industry, invented the device after he saw news reports of the 2012 house fire in Derby, which killed six children. He was determined to use his scientific knowledge to come up with something that would stop similar tragedies.

Says David, ”Conventional fire sprinklers were invented way back in 1812 and have not really changed since then. By using more modern materials we have been able to come up with a device, which has a huge potential to save thousands of lives.”

Unlike smoke alarms or sprinklers, Blueproof does not need any power. If there is a fire and the device activates it immediately starts to reduce the temperature not only in the room which is alight, but also throughout the building. The devices are made from a high-tech co-polymer material which is impregnated with Titanium Dioxide. Over a year’s development by a team of experts throughout the world has been spent achieving a cutting edge status for injection moulding, ensuring the optimum possible wall thickness of the device.
QUICK FACTS:
• In official, full-scale fire tests, Blueproof defeated killer smoke for the first time in history. (Babies and pets are even more susceptible to fumes because their breathing is shallower.)
• Blueproof lowered the temperatures by hundreds of degrees within 60-90 seconds of activation.
• Blueproof tests show that just a small quantity of water at the onset of a fire is the most significant.
• The average amount of fluid in a radiator (12L) is four times what is needed to extinguish a fire in an average sized room.
• That’s because when water turns to steam its volume increases by around 1700 times
• Each day in Europe 12 people die and over 100 are injured in house fires.
• In the UK insurers pay – £3.6 million every day – for damage caused by fires.
• Twenty one people die each year because the battery in their smoke alarm was flat or missing. Blueproof needs no power or testing.
• Blueproof prevents “flashover” – making firefighters’ jobs much safer. 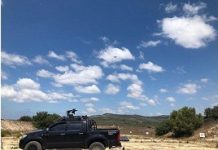 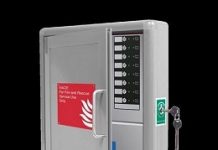 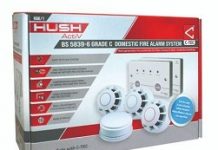