Vicon, a globally renowned company in motion capture, has launched Valkyrie, its new flagship camera range, with four models delivering the world’s highest quality motion capture system. Valkyrie cameras will capture motion more faithfully and accurately to reality than ever before, powering a new wave of innovation and discovery across all motion capture markets.

The Valkyrie camera range includes a 26-megapixel (MP) model and a high-speed capture mode at up to 2,000 Frames Per Second (FPS). When combined with the powerful bespoke new varifocal lens, they deliver a greater fidelity in human motion capture and unlock a previously unmatched capture quality.

Valkyrie-enabled systems will power motion-capture projects with robust data, without the need for further processing or ‘clean up’. The enhanced self-healing and calibration will ensure Vicon’s customers can focus on their work rather than the technology.

Valkyrie will allow academics, scientists and researchers to accurately track, even the fastest moving subjects and objects, and for filmmakers and game designers to create ever more realistic and immersive experiences.

The full Valkyrie camera range comprises:
• VK26 – The flagship model capable of covering the largest volumes with incredible detail with its 26 MP and native 150 FPS, ideal for highly-demanding applications such as Virtual Production and in-camera VFX.
• VK16 – This model offers the highest frame rate per megapixel, at 16 MP with a native 300 FPS, designed to support complex biomechanical modelling and engineering use cases.
• VK8 – This model offers both the highest native frame rate of 500 FPS and the best cost per megapixel at 8 MP, which can capture the fastest moving athletes and objects (gymnasts, golf balls, etc.)
• VKX – This model supports the most convincing and responsive VR experiences and applications that utilise active markers.

Imogen Moorhouse, the Chief Executive Officer (CEO) of Vicon, commented “Whether it is medical researchers using our technology to analyse increasingly complex motion, for example, in spines or shoulder joints, or filmmakers rapidly adopting virtual production techniques – our customers are at the cutting edge of the use of motion capture. With Valkyrie, we will support their growing needs and demands with the most advanced motion capture systems ever seen.”

She adds, “In challenging times, the Vicon team has created an industry-leading set of features providing high fidelity, intelligence, automation and a technical robustness which combine to create a new degree of usability, speed and accuracy.”

Imogen Moorhouse concludes, “With every design decision we’ve taken, we have focused on empowering the global community of motion capture users, to take their work into the next level. With Valkyrie, our customers are going to play a massive role in driving forward a new era of motion capture innovation and exploration.” 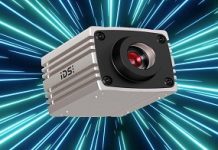 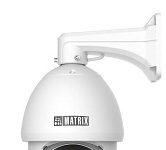 Dahua releases new generation of eco-thermal cameras for the SMB and...